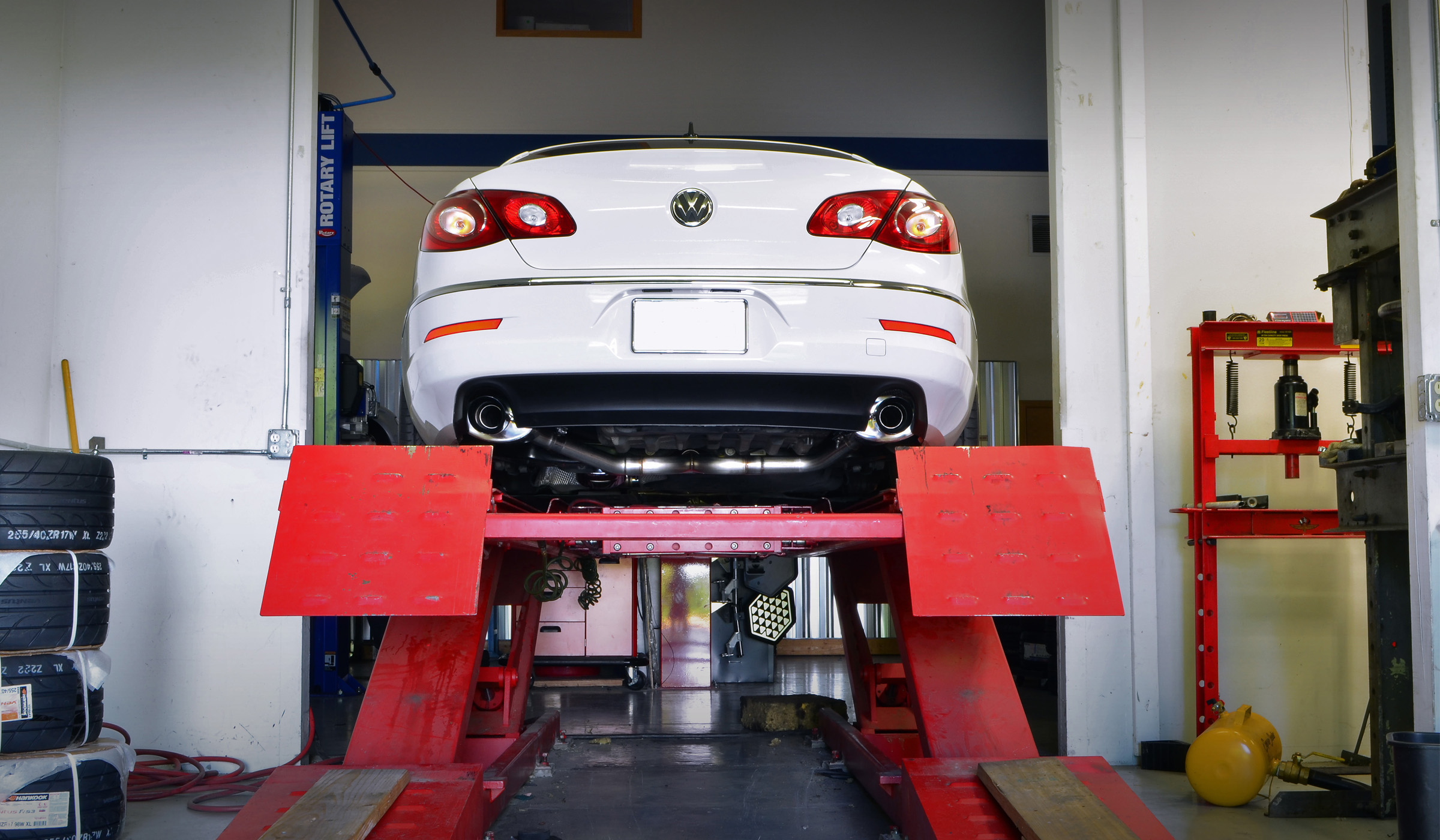 CC What We’ve Done So Far

Since our last update of our Volkswagen CC project we made some progress with new additions and some small changes but failed to mention them here. It’s time to play a little catch-up.

First, a set of Ground Control camber plates were installed to replace worn out strut mount bushings. These would also allow a change in the front suspension geometry to accommodate a more aggressive wheel fitment. (They’re really designed to offer adjustability and obtain the optimum alignment spec, primarily for racing.) With performance comes a sacrifice in comfort and we were pretty much at our (tolerable) limit.  The addition of road noise and the lack of a (stock) rubber bushing meant every imperfection in the road was felt.  The camber plates ultimately had to come out while new stock, rubber bushings replaced them.

After AWE Tuning’s release of their dual-outlet cat-back exhaust we decided to ditch the Billy Boat cat-back and change things up. You can buy the AWE system with an OEM rear valence from the 3.6L VR6 CC and the necessary hardware including a heat shield to make the dual exit conversion work. We selected their diamond-black tip option and are very pleased with the new look! The AWE “Touring Edition” exhaust is considerably quieter than the previous set-up when cruising but at wide open throttle it really comes alive! And AWE’s “180 technology no drone” promise truly delivers.

A spare set of used headlights have been sourced and will need to be cracked open. If successful we will formulate a plan for a projector retrofit and some customizing of the headlight housings.

Oil and expansion tank caps from the Audi R8 were sourced as previously mentioned but did not fit as desired so they’ve been swapped out with caps from the Golf which has Porsche’s (991) 911 caps. The swap worked out well for both cars. We’re lacking the current engine bay shots for now but those will be available soon enough.

That SpoilerKing roof spoiler is still in the box needing paint so we’re coming up with ideas of what else to remove from the car (trim pieces, engine cover stuff, etc.) to have painted at the same time. But with three “projects” in full swing at the same time it may be a bit before we can update you again with progress on this one. Updates on other two are also in the works so stay tuned!