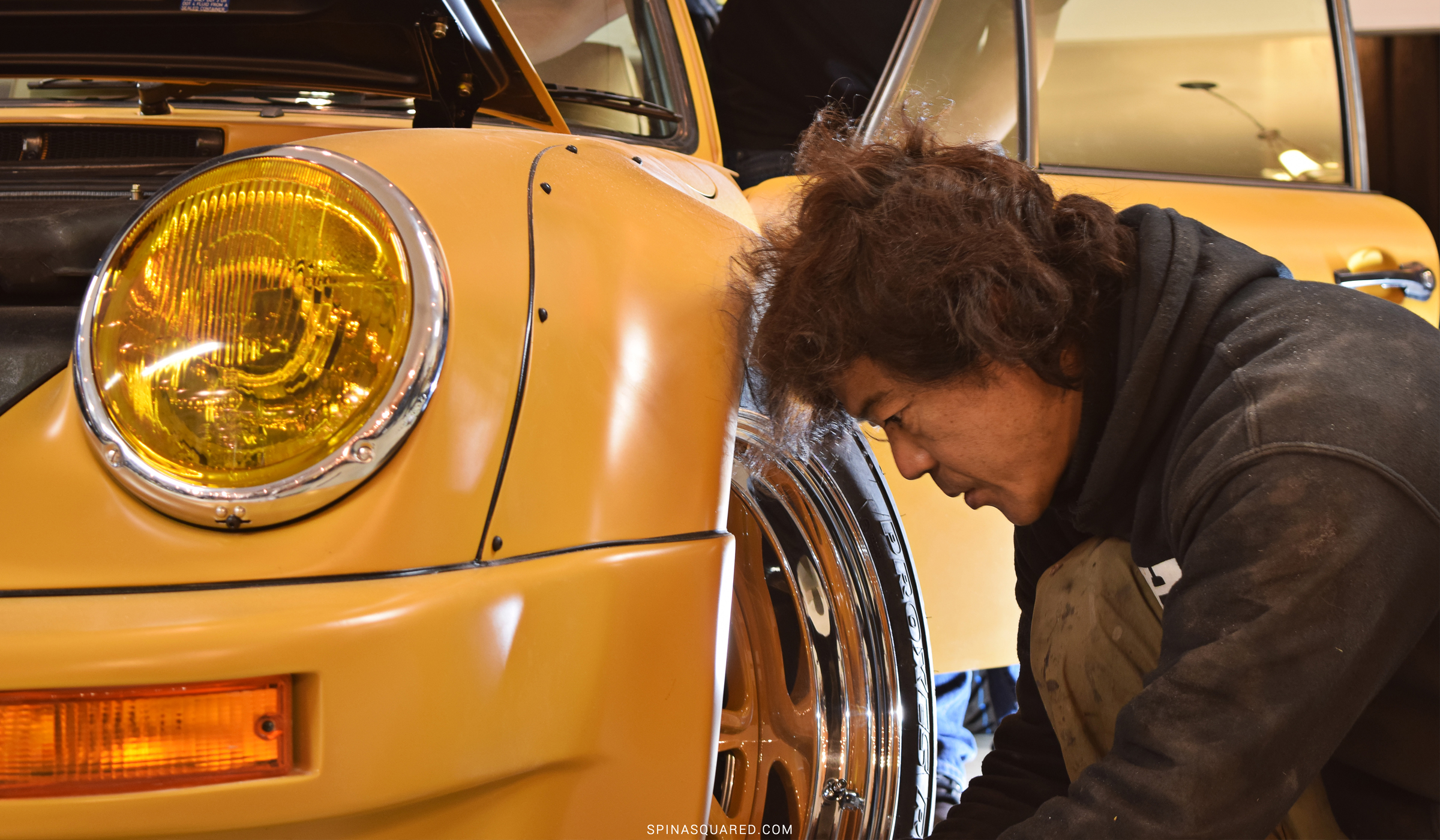 With “phase 1” of our VW Caddy project complete it was time to put our new work truck to good use.  The first opportunity came when a wide set of fifteen52 wheels needed to be hauled from Achtuning to our friend Christian for his second RWB Seattle build.

With the massive 17×13 wheels covered and secured in the bed of the Caddy we set off for Christian’s compound a few miles away. Despite the rain it was a great drive and the precious cargo was delivered without incident, a perfect first-use of our little pickup.

By now the story of Rauh Welt Begriff and its creator has circled the globe enough times that most car enthusiasts have seen or at least heard of an RWB Porsche 911. The once underground cult of air cooled Porsche 911 owners willing to cut into their original body panels in favor of insanely wide, race inspired bolt-on fenders have become common place enough that unless you’ve been under a rock these last few years you know what those three letters represent. Once again, Nakai-san had returned to the Pacific Northwest to build another one of his RWB creations. It’s Christian’s 5th RWB, adding to an amazing collection of cars and Seattle’s second RWB Porsche 911.  (Numbers 2 through 4 sit comfortably in Christian’s ‘RWB Emporium’ that is currently undergoing constructing in his home country in Malaysia.)

The stage was set yet again with Christian’s latest, a 964 Porsche 911 that just received a fresh coat of Bahama Yellow paint at Phantasy Kolors, sitting front and center in his massive garage.  Nakai-san was already hard at work by the time we arrived at Christian’s home that chilly Sunday morning on December 13th, 2015.

Different from our first RWB experience and the many builds we’ve followed since, today’s RWB is completed in two days rather than three, the result of improvements made to the RWB wide body kits before they ship from Japan and allow for a quicker install.  We spent both days in Christian’s garage witnessing the birth of “Tenkagomen”, an RSR-backdate inspired build that pays homage to a recently lost member of the RWB family.  We are honored to have been given the opportunity to witness the birth of yet another RWB creation by Nakai-san and can’t thank our host enough for his invitation and hospitality.

(As the purists roll over in their graves…)

(By the end of day one, the RWB kit is installed, wheels are mounted, and the transformed 911 is on the ground.)

(A visit from members of RWB Canada as they join the festivities the next morning!)

(Dialing in the alignment the old fashioned way.)

Christian, “Many thanks!” again for inviting us into your home and allowing us to share your experience. And an even bigger “Thanks!” for having heat in the garage this time!!