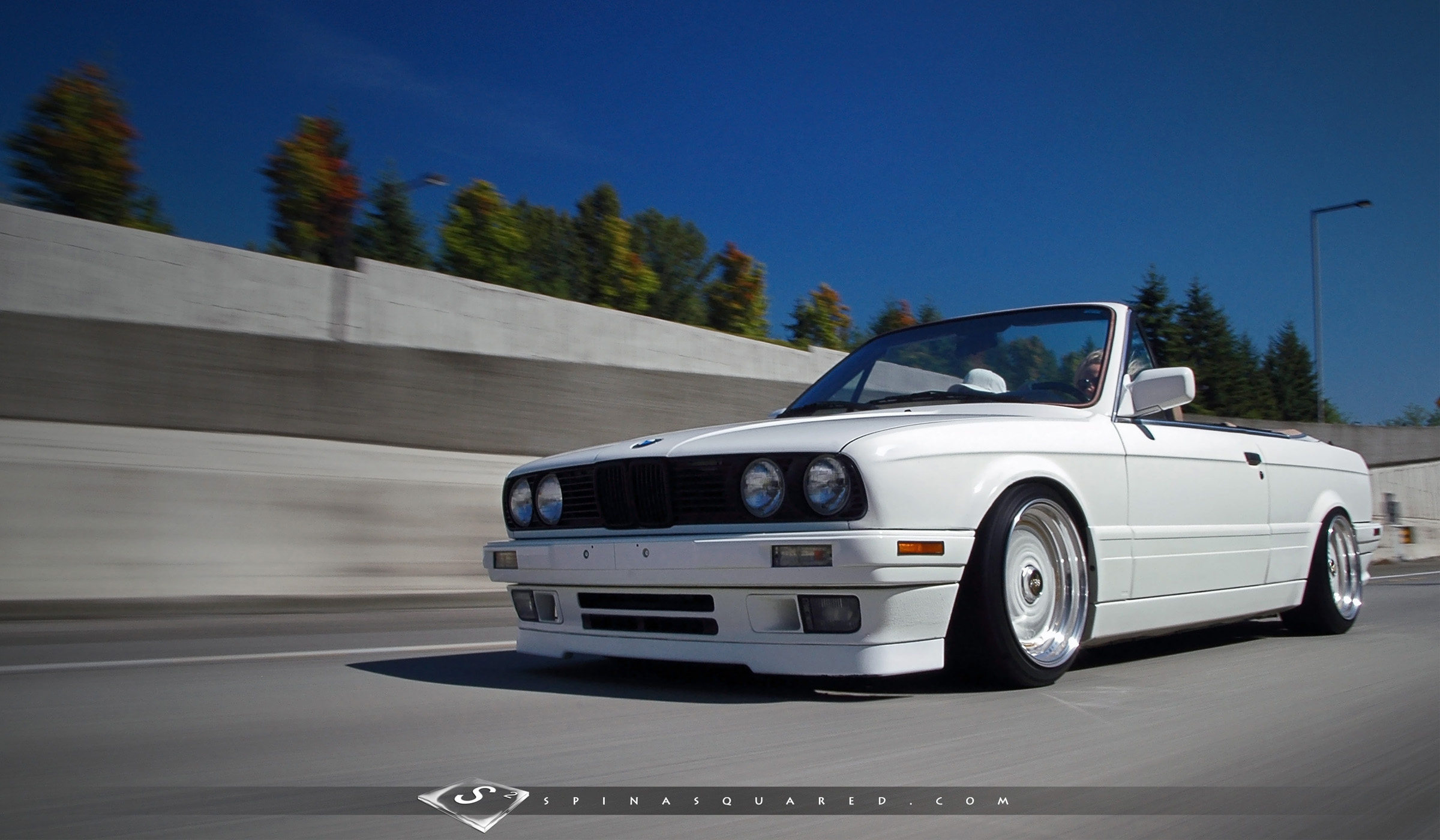 We caught up with our friends Rhett and Lindsay for a “take two” attempt at getting rolling shots of their 1990 BMW E30 325is ‘vert. Our first attempt was an impromptu roller taken after concluding that engagement photo session of the two we briefly mentioned last October. (Our first!) While she loved the original rolling shot, we promised a re-take after she had a chance to install an IS front lip spoiler that would complete the ground effects package featuring a plastic bumper conversion with MTech 2 pods, MTech 2 sideskirts, and Racing Dynamics rear apron. The new lip clearly makes a difference!

We actually shot that one while attending the 2013 Leavenworth Drive, featured >>> here <<< in case you missed it.

Those are color-matched BBS RS wheels tucked beneath those arches via Ground Control coilovers and feature gold hardware, matching half-height hex caps, and are a staggered set at 16×8.5 up front and 9s out back. She runs a Scorpion exhaust system but has left the engine and interior untouched… For now. We hope to later catch up with the two and get a “family” photo session featuring the E30 with the other two Alpine White bimmers in their stable – Lindsay’s E92 M3 and Rhett’s X5 M Sport xDrive50i. (A family after our hearts!)

… And those engagement photos? We’re holding out yet for another post later. =P