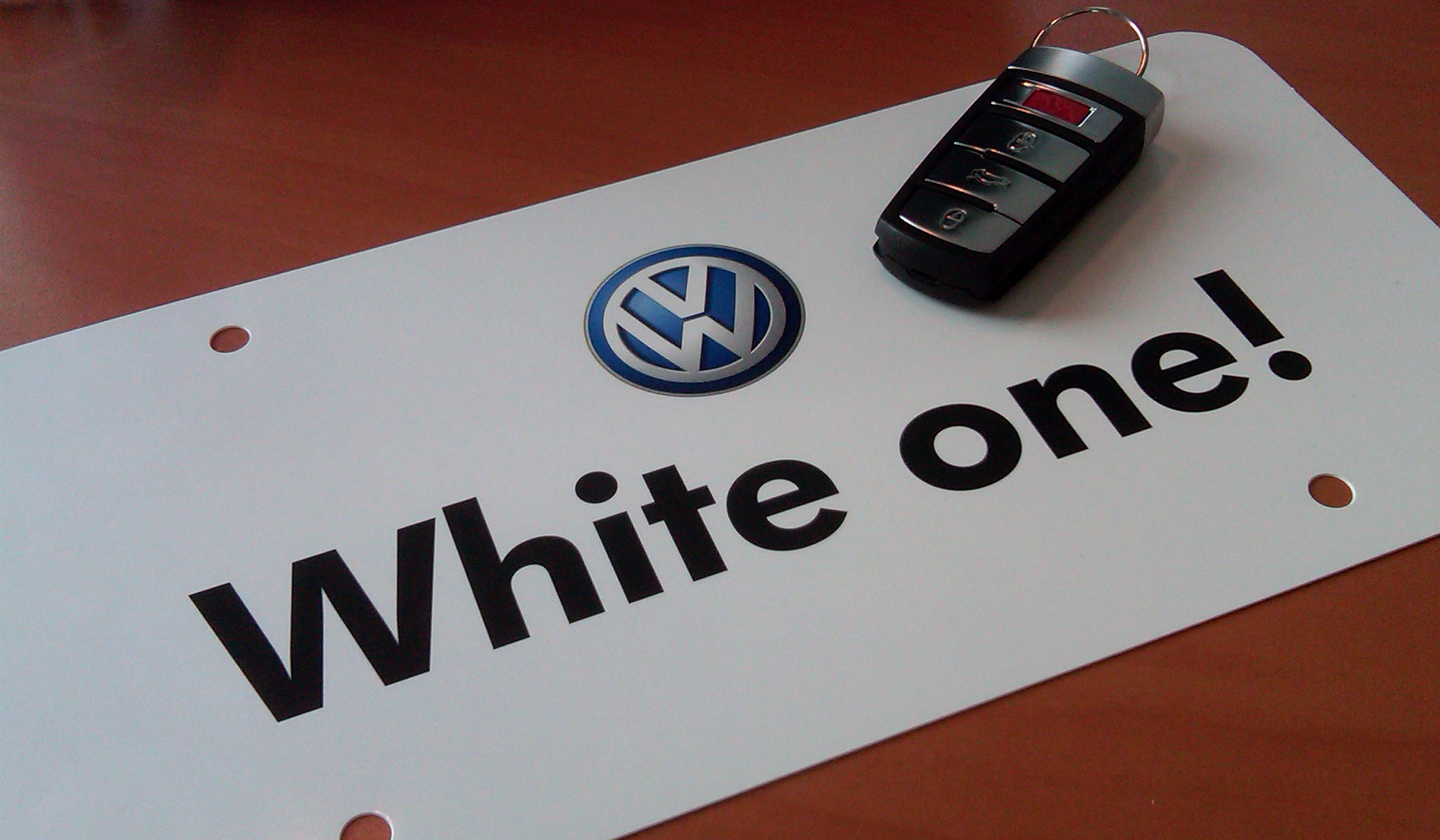 CC What We Did There?

The Volkswagen CC first made its US debut in 2008 at the North American International Auto Show in Detroit and made quite an impression! It’s coupe-like design takes styling cues from the Mercedes CLS and brings a more luxurious look to the Passat line-up. When Volkswagen introduced the Gold Coast Edition CC at Pebble Beach not long after, it was game over. We were in love. Head-turning good looks, sharp styling on a budget, and tuning capabilities parallel to the GTI with it’s 2-liter turbo-charged 4-cylinder in the “Sport” model meant it would have to be the next addition to the Spina² “fleet”. In August of 2010, we brought home our own CC!

Keeping with tradition we picked it up in Candy White then wasted no time with the upgrades and personalizing. We were to stick with an “OEM+” theme meaning we would attempt to introduce only products we thought we might (or at least should) find in a VW parts bin. Not to say we were only buying original equipment parts as we’d be limiting ourselves, but it was important to stick to quality with regard to fit, finish, and function. Working exclusively with Achtuning for all our performance upgrades we tackled the suspension first, replacing the factory springs and shocks with a ride height adjustable coil-over suspension kit from KONI. Then we outfitted the CC with 19″ Hartmann HROC-233 wheels, the newest at the time from the Hartmann Wheel line-up. The Hartmann styling is similar to that of the OEM but offers an aftermarket fit with larger diameters and finishes. And they’re only a fraction of the price of an OE wheel. The Hartmann HROC-233s sat inside the fenders a bit much for our liking so H&R wheel spacers were added to bring the wheels closer to the fender and give the CC a sportier (cringe) “stance”.

The turbo-charged 4-cylinder had enough “oomf” to get the car moving and then some, but if given the option to have more you couldn’t (or shouldn’t) turn down such an opportunity so an APR ECU upgrade was done to bring the stock power levels up from 200hp/207tq to 250hp/294tq – an incredible jump and by far the best bang-for-buck upgrade available for the 2.0T TSI engine. While not touted as the most aggressive tune, APR is known for offering a turn-key, reliable power delivery solution that would keep the engine’s internals happy so you wouldn’t have to worry about long-term ill effects.  More importantly, the drive-ability does not change so it’s really as if the power should have been there all along from the factory.  Considering these engines are de-tuned for the North American market to comply with Federal emission regulations and to keep from competing with other models in the Audi or VW line-up it’s simply a matter of bringing these engines to the power levels they were designed for. This would be enough to satisfy one’s need for more power (temporarily) and believe it or not, increase fuel economy!  (When you’re not burying your foot in the gas enjoying all that power, of course.) It was certainly enough to keep us satisfied… At least for the next few months. The CC came pretty well equipped from the factory so there wasn’t an immediate need to continue with the upgrades. We were really just enjoying our new car!

When temps began to drop and consistently sit below 45-degrees in October, we ditched the 19″ HROC-233 wheels for a set of 18″ Hartmann HMB-283s to wrap some Winter tires around. They are a discontinued Mercedes wheel style with a simple design making cleaning a breeze and a nice machined-finish to make them stand out a bit more from a standard gloss-silver painted wheel. Over the Winter months we did nothing else to the CC with the exception of having the windows tinted. (You’ll notice this is about the time we came up with the new Spina² logo and watermark! =P)

Fast-forward to the Spring of 2011 and this is where we really start to get the ball rolling. After trying on a few sets of Hartmann Wheels at Achtuning (for gallery submission and test-fitting) it was decided the 20″ Hartmann QS-10-GA:M wheels would be our next (and so far final) choice of rollers for the CC.

To feed the need for more power it was back to Achtuning for a Carbonio Stage 1 and 2 cold air intake system and Hartmann turbo-back exhaust. Yet another noticeable difference and jump in power but at a higher cost per dollar spent. Worth it? Absolutely!

But then came the need to fine tune the suspension a bit more and get the CC to really hug those 20″ Hartmann wheels. The KONIs wouldn’t allow us to go any lower out back so a call to H&R resulted in the delivery of their “Ultra-Low” coil-over kit for the Volkswagen (Mk6) GTI. With a negligible weight difference of about 100 lbs. between the two cars, compatibility of the suspension with the CC was not a concern. It was time to switch out the suspension. A few things like fender rolling (with a slight pull) up front and a C-notch in the frame would prepare the CC to go lower without smacking parts together or rubbing tire to fender. A huge thanks to our good friend Hans Hugel for his help with the body work!

Then things got a little more interesting. Jae Lim of Achtuning Korea reached out to us and asked if we were willing to demo a few Korean market products on our CC to see if there would be any interest in them here in the US. Jae is an avid Volkswagen enthusiast himself who understands the OEM+ direction we were taking so we were very open to trying out these new products. First on the list were LED day-time running lights that mimicked LEDs found on newer Audi and VW models and a lighting trend that seems to have carried over to several other auto manufacturers as well. Placed in a factory European-spec (clear vs. amber) housing, these LEDs would switch between the white day-time running lights and the amber turn signals (when activated) just like those found in Audi headlights. (Check out our cinemagraph below!!) The LED DRLs began the trickle effect that lead to our swapping out factory interior, license plate, and mirror puddle light bulbs with LED and 6000K HID kits for low beams and fogs for a better lighting match all around. Car modding is a slippery slope, people. Proceed with caution!

Next up are a few more interior upgrades including a flat-bottom, flappy-paddle steering wheel (picture currently missing) from a Volkswagen Scirocco and a new “info-tainment” head unit (also a demo item from Korea we’ll tell you more about later). That about catches us up to where we are with the CC today and we still have quite a bit more planned so stick around for updates!

A ‘mod list’ below covers what’s been done to the CC so far and what we still have planned. As with the mod list we wrote up for the on-going Spina² Golf1.8T project, we don’t expect all our readers to understand it all but you’re welcome to ask us in the comments below for any clarification! =P

4 thoughts on “CC What We Did There?”